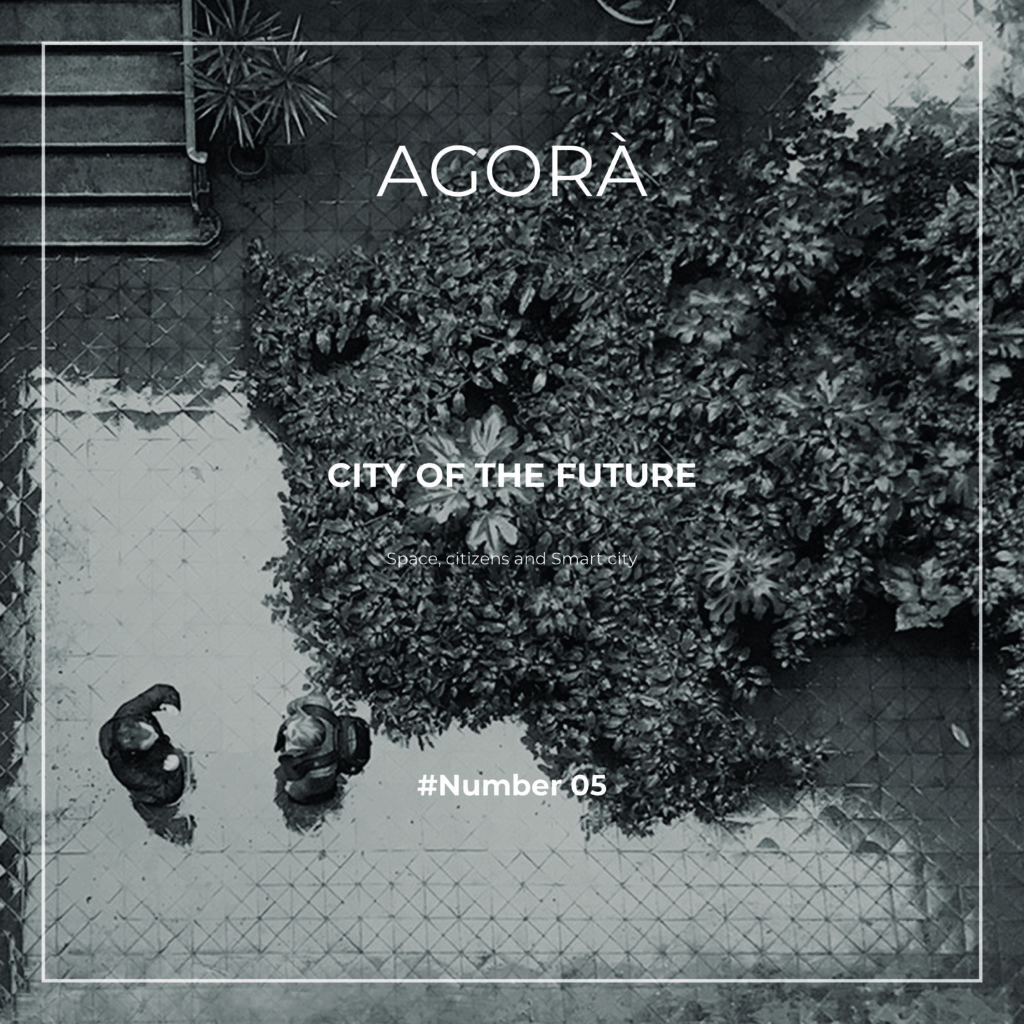 CITY OF THE FUTURE

We could define the future as the set of ideas that will be pursued in a concrete way and that require the greatest effort by our society to put them into practice. Precisely in this period, ideas relating to the future are growing in number, many of which do not foresee Humanity on this planet or on its surface. Whatever it is, it will not be our generation, nor that of our children, who will probably be able to experience travel on “space trains” and go on vacation to the Moon. Regardless of the opinion that you may have about this kind of future, our goal must be to create cities that can interface with our idea of what is to come, and allow our and future society to be able to express themselves effectively in all aspects of our lives.

The concept of Smart City is, for example, one of the most tangible topics that can be considered to design what could be the future home of citizens, that is, not only a set of buildings close to each other, but an organism composed of real intelligent bodies that will offer space to our functions, punctuated by powerful, safe and autonomous transport and communication routes. It is not just an idea. This is already a European project, among other things, which aims to stimulate the urban fabrics of our piece of the West that want to be able to compete in the future, first of all with themselves, and to rise to the status of Smart City.
We also have other tools. In general, these will be aspects that, once added together, will allow us to put into practice the process of implementing key technologies for tomorrow. These aspects, such as safety, sustainability and connection, will compete to the extent that we accept to proceed with a total investment in changing our urbanities.

In this issue we also want to talk about people. Who will be the citizens of the future? What will the future building management relationships be? What will the political and social processes to order them be?
More and more often, for example, we see the users of the project entering the project itself. In the more particular concept of Participatory Architecture, the more general theme of the appropriation of the ideation tools by the population, the community and the community is concealed. The thought arises that the object of the project is an asset of common interest, even in its definition phase and especially in that of management, challenging the critical issues of tradition that aims to classify and distinguish first the areas of a city and then the people who live there. Security, inclusion, sustainability, connection, and so on, are just some of the characteristics of the future that we should all imagine.

But these, especially without a concrete project, are only ideas. The starting point to reclaim the place where we go daily, to study or work, or the creation of that context in which we want to live one day, in which architecture and technology will contribute to improve more and more our civilization is increasingly current , and we want to talk about it here and now.

Continue ReadingA look at the city: interview with Fabrizio Schiaffonati

Michele Bonino was born in Turin in 1974. After completing his studies in his hometown, he moves to Barcelona. Despite he's continuing to travel, he keeps on using Italy as…

Often the art and architecture Dutch scene gives to the world personalities capable to envision new perspectives and interpretations of the world we live. These characters can tell common issues…

Carlo Ratti graduated from the Polytechnic of Turin and the Ecole Nationale des Ponts et Chaussées in Paris. Subsequently, he obtained his Masters in Philosophy and PhD in architecture from…

It is clear that the socio-economic system in which we live is showing us its inadequacy for the global battles, as it is equally clear that the current ruling class…

Matteo Orlandi, born in Genoa in 1977. He completes his architecture training between Genoa and Vienna where he begins his apprenticeship in various studies following projects in Europe and Africa.…

“In the center of Fedora, that gray stone metropolis, stands a metal building with a crystal globe in every room. Looking into each globe, you see a blue city, the…

Continue ReadingThe CITY of the future, the FUTURE of the city

Let's consider two types of space: the physical one and the virtual one. The first one is well-known, well-studied and used by us on a daily basis, while the second…

Cities are what makes our world run the way it does. They are incubators for new thoughts, ideologies, innovations, etc. In a simple analogy, if the world is a car,…

“I apologize to the readers, and to all those who (maybe) will lose their time by reading the following short text. This essay doesn't want to be the truth, but…

Continue ReadingVenustas, the research of form

A Smart City is a place where the networks and traditional services are made more efficient with the use of digital and telecommunication technologies, which its residents and activities benefit…

City-Society dualism is generally considered one of the most essential and unbreakable bonds of our life. Under a purely pragmatic point of view this need continues to exist, but perhaps…

Continue ReadingConsiderations on a “smart” community

In these last years, many architectural theories and urbanistic studies focused on the concept of “Smart city”. But before analyzing that and its historical and contextual declinations, I think that…

In this new era intelligence, necessity and efficiency are the ingredients for the recipe of happiness. Stephanie Rothenberg discloses a utopian illusion and proposes a new system for prosperity and…

˂˂It sounds absolutely logical to think that if the same person plays both roles – the inhabitant and the builder –, no problem would need to be solved. Unfortunately, today’s…

No more pages to load