“I apologize to the readers, and to all those who (maybe) will lose their time by reading the following short text. This essay doesn’t want to be the truth, but rather something that tends to incorporate fragments of this truth. Fragments that are placed in an insane and disorganized stream of consciousness, that revolves around the topic of form and its preponderance in architecture, concerning those which may be the rules of a project. Maybe an admission to Formalism, or maybe the delusion of a fool, which the more he studies, the more he finds questions instead of answers. I beg your pardon, Duccio P.”

It has always been complicated to define the term “architecture”. This word has never been unanimously defined in a unique way, and this was due to its possible application to two worlds, very different from each other: technology and art. If the first one of these fields, without a doubt, belongs to architecture, the second one is rarely taken into consideration, according to which architect runs the project. It’s in fact necessary for architecture to take technology as a point of reference to gain a physical completeness, but it’s not true that it needs to be necessarily the product of an artistic gesture. This last sentence may seem paradoxical, but the artistic gesture, as intended by the one who’s writing this article, it’s the exaltation of human’s gesture, that divides itself from any other practice that may have fixed parameters or that may be subject to predetermined rules. Another cardinal dualism, on which architecture is built, it’s the strict relation between form and theory. How much do they influence each other?

In the first book of his De Architectura, Vitruvius expresses a key concept, from which can be extracted, according to his opinion, architecture’s three main elements. He affirms that: «All these constructions require specific conditions of stability, utility and beauty. They will have stability when the foundations, built with selected materials, with care and not with greed, will profoundly and solidly lay on the ground underneath; utility, when the distribution of the interior space of each kind of building will be correct and practical; beauty, in the end, when the work’s exterior will be pleasant for its harmonious proportion of all the parts that, which will be obtained by the calculation of the symmetries»¹.

With just a few lines, Vitruvius creates that which today we call Vitruvian triad, a concept that has been a point of reference for architecture since the age of Humanism. However, these three concepts can be used with a certain freedom, or with a higher or a lower intensity of use. They are subordinated to a different objectivity from each other.

The Firmitas, the stability, represents without a doubt the parameter that can be controlled more easily and, despite its being the product of very complex disciplines, it’s surely the easiest condition to meet.
The principle of stability will be fulfilled when the work will be finally realized. The solution that lets you embrace the concept of Firmitas may be complex, but the minimum requirement to meet this condition must be found in the work’s completeness. The Firmitas, therefore, can be considered the principle that has fewer bonds to the artistic element and that mainly relies on technologies for its elaboration. It’s the parameter that can be defined more easily, unlike the other Vitruvian principles, which at first are born from an objective result, but eventually divide themselves in the field of subjectivity.

The Utilitas, the utility, is the principle that places itself, because of its subjective characteristics, between the two extremes of the Vitruvian’s triad: the Firmitas and the Venustas.
This is due to the fact that this component can be subject to different interpretations while it’s being applied. Vitruvius declares that the condition of utility may be absolved only when the distribution of the interior space of each kind of building will be correct and practical.
With these words, the roman scholar sets a minimal condition to this parameter, defining it fulfilled only when the architectural work finds itself in a condition of “practical and correct distribution of its internal space”. This definition, despite the fact that proposes an approach to the project, must be however intended as an archaic vision of the interior space that dates back at least to the 15 B.C., when presumably the treaty was written. Can we define today a practical space, which can be easily used, better than a different kind of space that exalts man’s senses? Or can a space that doesn’t have a real Utilitas be denied to stay vigilant and bound to the Vitruvian words? In this case the thought of Vitruvius resents of the age in which the scholar lived. How many works of architecture today, praised world-wide, would lose their importance if it weren’t for their exceptional Utilitas? What would happen to the Vanna Venturi house with its Stairway to Nowhere or to the works of deconstructivism of the last 50 years? These works already started to diverge from the rules of the Vitruvian triad, but just how many others, that belong to a more classicist past, don’t respect this principle?

The border between a severe application and an “eclectic” application of the Utilitas is often unstable, and the principle that prevents a not strictly classicist development is the third of the Vitruvian principles: the Venustas.

The Venustas, the beauty, for certain aspects may be considered Eve’s apple. Something that you fear but, at the same time, something that irrationally attracts you. One of the firsts to realize this during the XX century was an American historian, probably this age’s most omnipresent observer of architecture’s history: Philip Johnson. On the 9 of May 1958, during a famous lecture of his to the students of Yale of Vincent Scully’s course, he gave a speech on the concept of Venustas in architecture. He said what follows: «I would rather sleep in Chartres Cathedral with the nearest toilet two blocks away than in a Harvard house with back-to-back bathrooms»².

At the end of the ’50s, in the universities was pursued a particular teaching based on the rules dictated by the International Style, and this made Johnson’s speech inappropriate, or at least bizarre. But what was Johnson trying to say with this phrase that today, rather than bizarre, is considered avant-garde? The American historian wanted to underline the fact that unlike what the adepts of german new objectivity used to say, according to which was the function to generate the form, the space for Johnson had to have its own personal and formal significance, with an aesthetical nature. Johnson speaks of the mystery of beauty. Why do we choose beauty over comfort? We don’t really know that, but despite this the search of beauty continues to reappear.

If we look at this from a historical point of view, it’s actually true. The “beauty” keeps on being, voluntarily or not, a characteristic that architecture constantly seeks. It seeks it using both new forms and reutilizing archaic ones. And that which impresses the most about this is that the Venustas alone can affect Utilitas and Firmitas, more than these two combined could ever affect the Venustas. In the end, the principle that rules over the others is Venustas. The Form.

An example of how much the Venustas influences the Firmitas can be found in the “Le Batiment descendant l’escalier“, a work that’s being realized by the studio called ELASTISCOSPA+3, in Jesolo Lido (VE). In this particular project we can see how the pilotis that hold the residential structure are strongly inclined in relation to the ground’s level, which makes these components strongly characterizing elements of the structure. The particular use of these pilotis could have been easily replaced by simpler and more rectilinear elements, which however wouldn’t have had the same visual impact. In this case, the architect wanted to exalt the formal aspect, or compositive as we may call it, of the structural element by promoting the Venustas over the monotony of the Firmitas, and by recalling famous architectural works such as the English Maunsell Sea Forts or the Walking City of the Archigram.

Other examples, in which the Venustas relies, in a certain way, on architecture’s spaces and, therefore, on the Utilitas, can be found in the deconstructive works and particularly in Peter Eisenman’s works. Explicit demonstrations of this are given to us by the projects made for the Wexner Center for the Arts and for the Aronoff Center for Design and Art. Here, the American architect creates, according to his own personal formal process, environments that can be seen as the intersection of elements with an individual value, which can’t be strictly associated with Vitruvian spatiality. Venustas oversees the Utilitas.

Despite the fact that the concept of “Disciplinary Autonomy” evoked by Kauffman in his book “From Ledoux to Le Corbusier“³, in which it’s idealized a formal architecture completely detached from utilization and structure, can be only considered as a formalist utopia, we can say that something very similar has started to manifests itself, starting from the last century. It doesn’t matter how much you can be insensible to this concept or which paths you take to reach a definition of architectural work, the issue regarding the form lasts and represents the main discriminant inside of a project.

How this may develop in the near future is still unknown. The XX century can be seen as a series of changes based on the action-reaction process. The International Style was born as a reaction to classicist culture and, after that, developed late-modern episodes that led to the 60’s avant-gardes and to post-modern culture. Following that, the High-tech movement and the Parametric Architecture one manifested themselves. Today we live in the age of the presumed “architectural aridity”. I say presumed because I believe that in a not too distant future this historical period will be reconsidered and will be seen more clearly. Today they are showing us a long catalog of projects with an incredible variety of characteristics. It’s hard to associate these architectures to a general tendency like it would be hard to speculate on architecture’s near future. Maybe we could talk about a renewed critic regionalism, influenced by post-modern culture, that pays particular attention to the green question, but that would be limiting. The only constant that, no matter what, keeps presenting itself and that will surely continue to manifest in the future, is the research of the form, of the Venustas, the only but eternal vice that architecture has.

Translated into English by Matteo Annecchiarico. 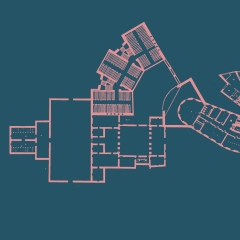 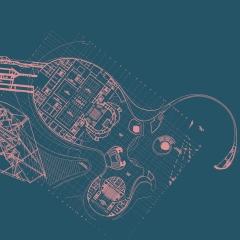 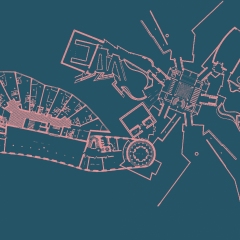 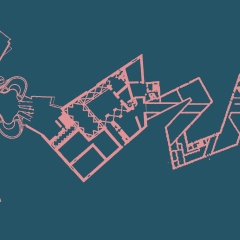 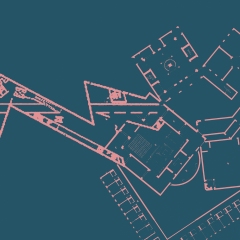 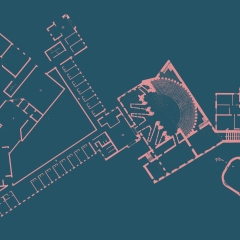 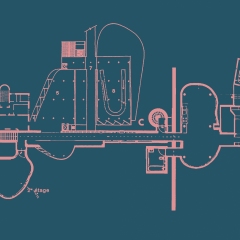 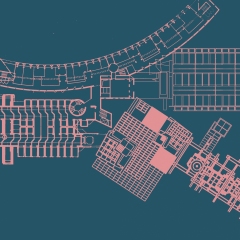 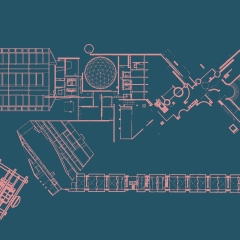 The future of cities

A look at the city: interview with Fabrizio Schiaffonati

1 July 2020
We use cookies to make sure you can have the best experience on our site.OkPrivacy policy