Today the figure of the architect lives a strange sort of bewilderment, where ethical and moral principles have been lost. The unanimous and disintegrated-repressed acceptance of any object passed off as architecture seems to have become the rule. Criticism is dead and has brought with it those ideals and that sense of stance that should be proper of the architect. In a scenario where the most serious lack seems to be the absence of critical thought, Paolo Zermani, during an interesting lecture on Ignazio Gardella, brings to light an episode from his youth, so that it can be a warning on the idea of architecture.

It would be difficult and long to explain, even decades after its realization, the long design process that led to the construction of the Carlo Felice Theater in Genoa as we see it today. It would be even more complicated to analyze how the critics divided themselves in relation to this project. A criticism that included not only architects, but also all those to whom this project was involved: the Genoese.
A council of 28 members to decide the fate of the Carlo Felice, in a social climate where often political choices were confused with architectural decisions. After the victory, a very critical “white tower” by Aldo Rossi, Ignazio Gardella, Angelo Sibilla and Fabio Reinhart has been examined and would soon experience the beginning of its construction. A pressing Bruno Zevi brings to the minds the souls of the opponents. Some of the most important architects of the time, including Paolo Portoghesi, Carlo Aymonino and Gino Valle, defended the project anyway.
How it ended is well known to all, but what he has forgotten is the lawsuits, the accusations, the social situation, but especially the criticism that surrounded this story. A “bloody” Greek tragedy where debate reigned supreme and where architects still had the moral impetus to fight and defend their ideologies.

Today, Italian architecture is taking steps on uncultivated ground, in an often-disinterested scenario where there are no more parties or stances. The critic is dead, and no one has gone to its funeral. In this disastrous landscape, I think it is a good idea to bring to light the story of a young graduate architect who 34 years ago decided to take sides, by virtue of the Discipline, in favor of the Rossi-Gardella project. More than any other, this event can make clear the idea of moral drive that was in force at the time, and I will use the same words used by the protagonist to describe that evening of 1984.

“The construction of the “Carlo Felice” had a very troubled pregnancy in this city. I was a very young architect who had just graduated, I was 25 years old, and I learned that at the “Teatro Margherita” there would be a discussion between architects about the project designed by Aldo Rossi and Ignazio Gardella for the “Teatro Carlo Felice” in Genoa. Bruno Zevi, who was clearly against the reconstruction, and Paolo Portoghesi, who was in favor of reconstruction, would have taken part in this comparison. When I arrived in Genova, I entered a wild bolgia inside the “Teatro Margherita”, inside of which a strong opposition to the realization of the project was organized. I found Paolo Portoghesi who defended, almost alone, the construction of the theatre, attacked by Zevi, with the usual violence. At a certain point, in the face of interventions continually opposed to the realization, the evening went on. It was 8 p.m. in the evening, perhaps later, and I had to go home to Parma. I then headed towards the station. At a certain point, after a few hundred meters, I turned to my young fellow student, who was with me, saying, “I feel like a soldier deserting the front. I go back.” Therefore, I went back into the theatre, in a situation that had quite transcended the limits of a normal debate. Very timidly, I asked to speak, and I made an intervention, like a perfect stranger, in favor of the reconstruction of the theater. As I was going up to the stage, I heard Bruno Zevi hissing, “Who’s that?” My story ended that day on a train that, ironically, was called the Arrow of the Apennines, and took almost five long hours to return to Parma, where I arrived around 7 am.
I don’t know if my speech served any purpose, maybe it was only for myself, but it seems right to me to tell this story because it was also there that my friendship with Ignazio Gardella and Aldo Rossi developed and above all, I think, it was an amusing and interesting episode to tell to young architecture students, because I think we need to take our responsibilities”¹.

The anecdote just told is an excerpt from a lecture given by Paolo Zermani at Genova in memory of Ignazio Gardella. The chronicle of an exciting moment of his life, which Zermani himself recounts with the utmost self-respect and with a note of nostalgia. A personal story lived in his youth that the architect proudly brings to public attention.
The story just told does not want to be a sort of idolatry of the protagonist, but rather an awareness. Awareness that the elements at stake have not changed since that time when criticism was still present and active. Architecture lives. Universities, although pervaded by a new form of teaching, are still a place of encounter and confrontation between discipline and students. The students, natural protagonists of the future of architecture, are present today as they were then.

It’s complicated to try and motivate what’s changed since 1984, not even too far away. Buildings of any form and religion are still being built, but for some reason, there is no longer a social commitment to take a stand in favor of realization with respect to them.
Paolo Zermani, one of Italy’s most esteemed architects, today affectionately recounts this moment of his youth by describing it as “a medal pinned on his chest”. An act of devotion to architecture and the defense of one’s ideals. In two words: morality and ethics. This story is intended to be a warning to future generations, inclined to make them reflect on the burdens and honors associated with the figure of the architect and on what are the responsibilities inextricably linked to this profession. 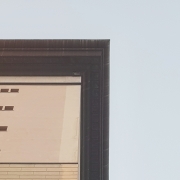 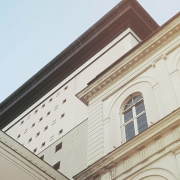 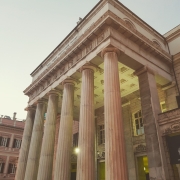 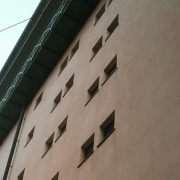 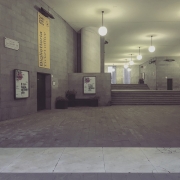 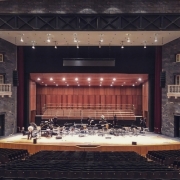 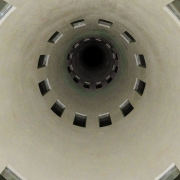 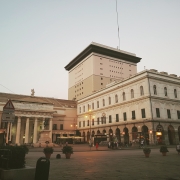 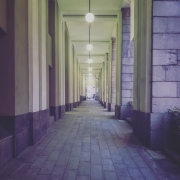 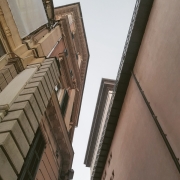 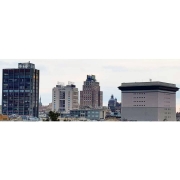 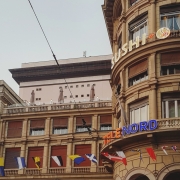 Out of Time Architecture

1 August 2018
We use cookies to make sure you can have the best experience on our site.OkPrivacy policy