Today the architect’s craft seems to have taken on a different connotation than that of a few decades ago. Theoretical research in architecture, although present, seems to be something separate from actual practice. A phenomenon of approval in today’s architectural production is rampant in the world, returning to society buildings from the form that prevails over any type of content. Architecture no longer revolves around man but around the economic possibilities of the client, it is the advent of Economical style.

If you write the word “contemporary” on Google, the first result that is displayed as far as its meaning is “that takes place, happens, takes place, lives, operates in the same period of time, or even in our own”. This term, placed as a result of the word architecture, creates a combination that wants to express a temporality, although ephemeral by its nature, of the architecture that is produced in this historical period. What these two terms do not fully express, however, is the relevance of what is produced in the architectural field. If we reflect on the architecture that is produced today, it is to be said that it can certainly be defined as contemporary as such, but can it also be defined as current as a sign of our time?

Taking into account the European landscape of the last century, a series of trends, languages, movements and experiments that have connoted the whole of the 20th century emerge to mind. Since the first modernist schools, the so-called neo-avant-garde and then postmodernism have moved on. After (perhaps) the latter, the tenuous presence of digital in the early 2000s was weakly presented. Since the end of digital there has been the total lack of new architectures. A “new” that must be understood in its sense of unprecedented and capable of advancing the architectural debate.

Given this premise, reflection must now be centered on that current architecture that is produced today. Except for some works, which can be considered as singularities in this historical period, there is a tendency towards a kind of homologation in architectural production. To stand out in most cases and to make current production apathetic, it is the proliferation of forms that, although different from each other, present themselves as arbitrary glazed surfaces placed on a structural skeleton. As if to rival or remember a kind of International Style, shiny buildings of all sizes soar equal in cities around the world. A critical connotation that unites this kind of architecture, in addition to the formal aspect of the facade, is the total absence of any relationship with the context. The genius loci, the spirit of the place, is put in the background to make room for a new feature of this kind of buildings: identity based on non-identity. No sort of formal language related to context is used to attenuate the appearance of new buildings within panoramas perhaps characterized by a strong identity. The change of place is no longer a major concern in a game where empty boxes of equal value are placed in order to pursue purely economic interests. The phenomenon of globalization, which until a few decades ago could only be associated with the financial field, is now transfiguring in a convoluted way on architectural discipline. It is the advent of Economical Style, an irreverent caricature of the International Style which demands an architecture of form that is prescient to the content.

The reasons that led us to this situation can be traced back to three phenomena that have developed in recent decades: the lack of criticism, the loss of values and the drastic change in the architectural-committal relationship. The lack of criticism is perhaps the priority cause of the drying up of architectural culture today. Looking at the Italian situation of the second half of the 20th century, we find a very strong debate among the exponents of the last century. Gregotti and Rossi represented the standard-bearers of two factions whose ideas ignited a devastating debate in Italy. The stance in favour of architectural discipline, as well as in the political sphere, was considered an essential moral duty to participate in the ideological battle that had been created. The concept of criticism was considered as an instrument of meeting and comparing the ideas that were proposed and was the lifeblood for the growth of architectural culture. Today, unfortunately, the lack of this component has resulted in the zeroing of any discussion and therefore the denial of a cultural increase in discipline. Magazines, the first vector of ideas and an essential tool for dissemination, now represent (for the most part) paper volumes more similar to interior furniture catalogs than to containers of knowledge. To replace these, the diverse world of the internet came into play, where the rapid and immediate availability of images reduced architectural criticism to just two judgments: beautiful and ugly.

The loss of values, linked to the decay of the great ideological systems, then led to a kind of disorientation in the architectural sphere. Whereas previously the way forward was more obvious and marked by the great historical events, such as a social revolution or war events that generated values and objectives to pursue, today we wander into indifference among the various problems of the culture of our time.

In the end, the change in the figure of the client and the architect can be considered as the third complicit factor of the situation in which we live. The arrival of the Economical Style has reduced the roles of the architect, but in favor of the birth of new subjects within the architectural production process. The aspects of the design management of major interventions, or in general of projects that see the investment of large capital, are no longer left solely in the hands of the architect. Whereas until not too long ago the architect had an overall management of the project, today new figures such as that of the Project Manager have entered the field within the decision-making process. The project itself, with the Economical Style, leaves the architecture in the background to give greater importance to financial aspects at the local and global level that look at the economic potential of the building and the maximum exploitation of the latter. The architect today, more than a real management of the project, in most cases, deals with assigning to a structural skeleton an arbitrary form whose only function is that of appearance.

But why do we need to make progress? In a world that for the most part declares itself democratic, a dictatorship, among the most silent, continues to propagate: that of architecture. Well aware of how strong this term can be, I believe that no other word, except “dictatorship”, can make the role of architecture better from its origins. Architecture is not democratic. Architecture is a practice, which, however satisfying it may be in many respects, remains in all respects an imposition against those who benefit from it or for those who simply see it every day. The concept of functional, beautiful and livable remains, indefinitely, a matter of the subjective type. There will never be a unanimous opinion on these issues, and it is precisely this condition that does not make this discipline democratic and therefore dictatorial.

This imposition, decreed for the reasons previously exhibited not only by the architect but also by the client, becomes a discriminating reason why it is necessary to be able to get out of this condition of stasis where the appearance of the building is primary element with respect to the relationship that man has with the building itself. The “architectural dictatorship” does not necessarily have to be seen as a negative view of this discipline. The whole history of architecture is connoted by this kind of imposition and the results, indemibly subjective, are in everyone’s eyes. However, one wonders whether current production, which lies between construction and architecture, is something we want to continue to impose on us.

There are two options that can push us out of this situation. The first is based on the progressive exasperation of this phenomenon, which it is hoped will lead to an awareness of the current situation and the development of a new way of doing architecture. The second is the one that foresees the expectation of a great schism or event within society, a phenomenon of such intensity that it can lead to the alteration of our daily way of life.

The responsibility of the architect must not be confined to building regulations only. The role of the architect, that is, what distinguishes this figure from that of an engineer or a surveyor, is the empathetic ability to make sure that a new intervention can create a link with what is around him. Making architecture is a discourse of sensitivity to the context and society. The prevarication of economic factors on the dynamics just exposed, should externalise in the architect a conflict of interest and not a tacit condescension towards anything in the form of construction. Building means altering a reality, a place and a society and it is for these reasons that in the first place the architect must be aware of the moral responsibility that his work implies. Today, to make architects and define themselves as such, it is necessary to think about a simple concept: what is more important? Ethics or aesthetics?

Translated into English by Gabriele Agus. 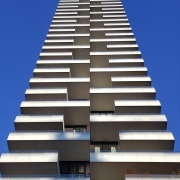 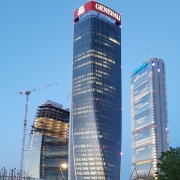 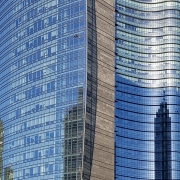 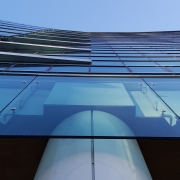 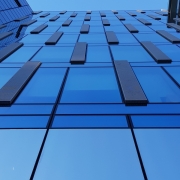 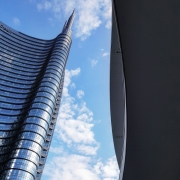 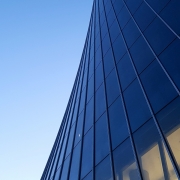 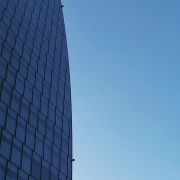 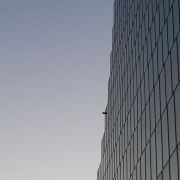 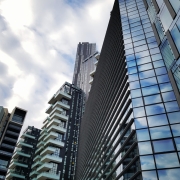 1 November 2018
We use cookies to make sure you can have the best experience on our site.OkPrivacy policy