Many are the ideas for the “Ex-Fiera del Mare” of Genoa, less the projects realized. Today this part of the city, which until a few decades ago was a source of pride for the Ligurian capital, lies in a state of almost complete abandonment. Only few small passing boats allow this place not to die. In recent years, however, something seems to want to change. Some timid signals seem to be given by the municipality, which after several projects donated by Renzo Piano, through the “Blueprint”, seems to want to change the fate of one of the most strategic places of Genoa. A place that, due to its natural position between the old and new parts of the city, wants to be a border area and a starting point for the rebirth of the Genoa’s waterfront.

If Francesco Petrarca were to return to Genoa today, seeing in what state the area of the “Ex-Fiera del Mare” lies, who knows if he would still define the Ligurian capital as “Superb”. Today that strip of coast, set between the rationalism of Luigi Carlo Daneri and the picturesque old town, is living a phase of indecision and abandonment. A place where urbanity has disappeared. A modern unfinished, built.
The construction of the monolithic Pavilion B by Jean Nouvel or the more recent “Piazza del Vento” by Renzo Piano was not enough to restore the situation in which one of the most strategic points of the city finds itself. Today the Genoese no longer feel that part of the coast to them, and to realize it just visit it during the day. You will find yourself walking among hundreds of small boats topped by old exhibition halls and office buildings. These are some of the most beautiful examples of modern architecture in the Genoese area, a symbol of the prosperous times linked to the last century.

However, in the last years something seems to want to change. A new vision for the Ex-Fiera and for the entire waterfront have been idealized, and what’s more, from a Genoese.
It’s not about a common citizen. Indeed, in the past he already redesigned the Porto Antico’s area, and he seems to be the foremost expert of the combination city-sea. We’re talking about Renzo Piano that, in the last years has donated to the Municipality of Genoa the tune of three masterplans that tells his vision on Genoa’s future.
A vision that seems to be still in evolution, starting from the “Canvas for Genova”, then ran to the Blueprint and then to the most recent “Levant’s Waterfront”. These led the foundations on a careful study of urban wording that aims to restore continuity to the coastal area, which today finds itself jagged and interrupted by various shipyards.
Unfortunately, all this reduces itself to a hoax full of enlightened ideas that, today, led to nothing built. The first signal of a real involvement from the Municipality of Genoa were seen only in 2016, when has been announced a contest for ideas, involving a part of the design contained within the Blueprint masterplan. It’s about a “partial design” because the invitation to tender was only about the Ex-Fiera del Mare area, despite of the original project that was about the adjacent shipyard until it gets the Porto Antico.

Irony of the fate, the contest ended without a winner. Indeed, the first place was assigned to a project that, for only three points, hasn’t reached the minimum score to proceed to the realization.
Today we finally have the last whim of Renzo Piano: the “Levante’s Waterfront”. For this reason, it seems that the City of Genoa has decided to move differently. In fact, a call for expressions of interest has been issued, with which the City aims to attract investors who go to buy the different lots of the area. Through this procedure, individual investors will submit both an offer to purchase as well as a redevelopment project. The proposals will be then judged by the Municipality according to the criterion of the most advantageous offer in relation to the best price performance ratio.
In this way, the Genoese municipality aims to solve the problems and to silence the skepticism related to the economic aspects that arose during the Blueprint competition, as well as a series of doubts related to more than 200 million euro² that should have been found for the realization of the winning project. Today, it can be said that future investors are in an advantageous position, being able to draw inspiration from the 10 projects awarded in the aforementioned competition setting up new design solutions accordingly. Slight satisfaction, for the designers who for only a handful of points have not reached the minimum score to see their proposal realized.

The results of this new procedure will be available by 31 December 2018³, the date by which it is hoped that we will be able to move from a project printed on blue paper to a built version; therefore hoping that a new masterplan⁵ gift will not be necessary. 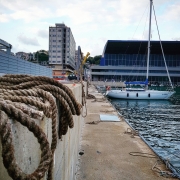 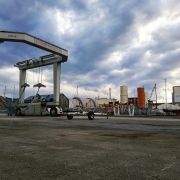 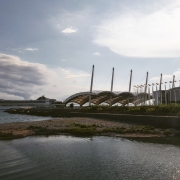 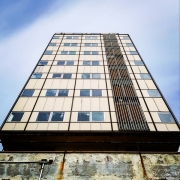 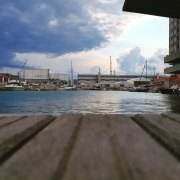 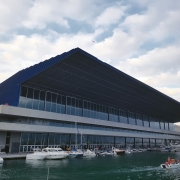 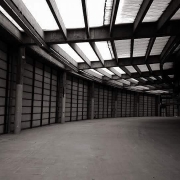 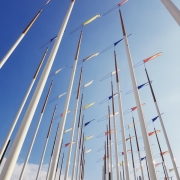 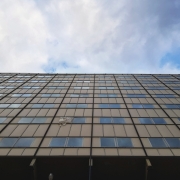 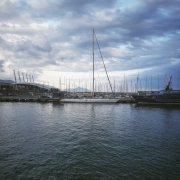 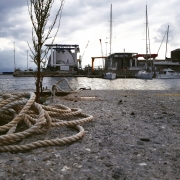 Maidan tent: a square for everyone

Beyond the frontier architecture